Vape3D is a 3D graphics engine utilizing the techniques for 3D polygon rendering, in contrast to far superior techniques such as raytracing, and raycasting, which are way better performant.

In fact, this is not an engine to build and run the next-gen MMO simulation or your dreamt open-world RPG on, but a learning framework to provide with general knowledge of building game and graphics engine systems and components by giving up on the too complex concepts and going with hand-picked and designed solutions that are easy to grasp from first look.

This can serve as a ground for major improvements and can be turned into a professional product after one understands the general concept of how everything is connected and works.

Before getting to know more about the engine and how it works it is a good idea to have a quick reminder of what is the graphics or rendering pipeline and how does it work. Just briefly... Feel free to skip to the next page if that is not something you need to revise or you're in rush.

Intro to the rendering pipeline

The rendering pipeline or graphics pipeline is not a complicated term with a purpose of confusing you. In fact it is much simpler to understand than it sounds.

Generally speaking, the graphics pipeline is just a conceptual model, a very important such that describes what steps a graphics system needs to perform to render a graphical scene in ether 2D or 3D. That is what we have to know on a high level when thinking about the pipeline but it is built of several stages or so called pipeline steps. Described below.

High-level structure of the pipeline

The application step is executed by the software on the CPU, thus - highly parallelizable! Example tasks could be collision detection, animation, morphing, etc.

The geometry step, which is responsible for the majority of the operations with polygons and their vertices. OpenGL splits it into 5 parallel pipeline steps: Model & Camera transformation, Lightning, Projection, Clipping, Window-viewport transformation.

This is a rendering algorithm for generating 2D images from 3D scenes. It transforms geometric primitives such as lines and polygons into raster image representations, i.e. pixels.

Now that is enough for moving on to the explanation of what Vape3D can be used for. 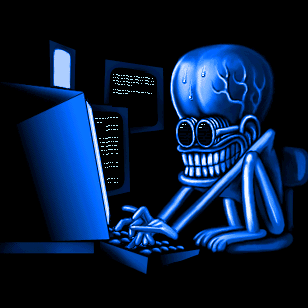